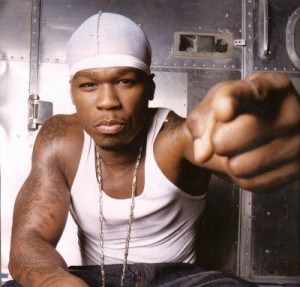 When I read this it made me squint in disbelief. Superstar rapper 50 Cent aka Curtis Jackson has been working with Robert Green to create a new book based on Robert’s work.

For those of you unfamiliar with Robert Greene he wrote the original and classic book The 48 Laws Of Power. It became a best seller, and gained popularity in the rap community / “on the street”. So now 50 Cent has teamed up with Robert to make The 50th Law

which will combine Robert’s classic theories on success and power and 50 Cent’s street upbringing and how he used the things he learnt and applied them into business and a corporate structure.

When I first heard about this I laughed and scoffed at the idea of 50 Cent writing such a book, but after a little contemplation i think its highly commendable. There is no doubt that 50 Cent has made a success of himself, he has had 2 multi platinum selling albums, started his own record label, and is now branching into movies, and… obviously writing books 🙂

He 50 Cent can use his influence over the kids in the types of neighbourhoods he grew up in and get them interested in making a success of their lives and away from the gang culture, then it can only be a good thing.

I have not read the book, but if you have please leave a comment below, I would love to hear what people have made of it, Amazon currently does not have any reviews.