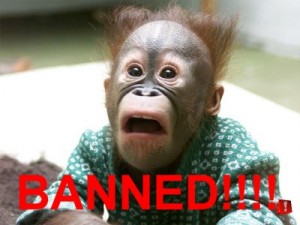 It wasn’t until in 1973, when commercials in America and Canada for the board game “Hūsker Dū?” flashed a subliminal message saying “Get it”.

” which showed various uses of subliminal messages as used by advertisers.

This book further heightened public concern and led to the FCC to investigate in 1974. This investigation concluded with a statement from them:

subliminal advertising is contrary to the public interest and intended to be deceptive, and that any [tv] station employing them risks losing its liscence.

The TV stations did not try and resist, they represented the interests of their viewing audience, and if subliminal messages were deceptive then they wanted them off the air too.

Subliminal advertising was also banned in Canada following the broadcasting of Hūsker Dū? ads there in 1974. Shortly afterwards the UK, Australia, and Europe also followed suit.

Subliminal messaging within advertising may be banned, but so is hypnosis – and just like hypnosis you can use subliminal mp3s and cds for your own personal development, the advantage being that you can use them during regular consciousness without entering a deep trance – view our range of over 200+ subliminal cds and subliminal mp3s here.